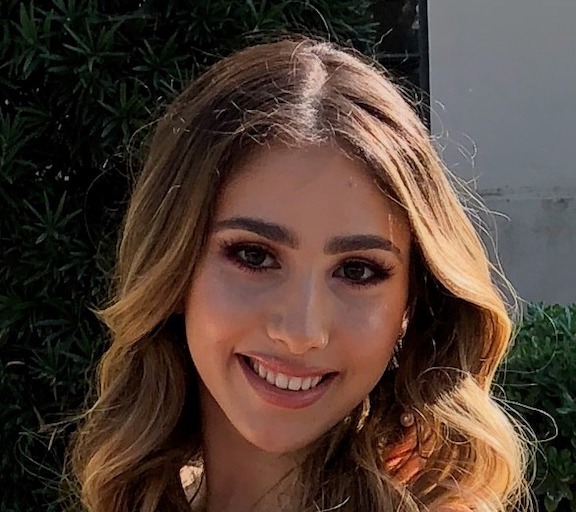 STUDIO CITY – A 20-year-old UCLA student has been identified by the Los Angeles County Coroner’s Office as the victim of a fatal crash that occurred Thursday, March 24th. The victim was confirmed as Sera Aintablian of Pasadena.

According to the California Highway Patrol, Aintablian was on her way home from her boyfriend’s apartment around 2 a.m., driving south on the 101 Freeway near Studio City. Aintablian reportedly began to merge into the eastbound 134 when she realized she had to stay on the 101. She attempted to change lanes but lost control of her car and struck the center divider near the Tujunga Avenue on-ramp. Her car split in half on impact.

The driver of the red SUV did not see the wreck and crashed directly into it. The condition of the driver and passenger of the other vehicle is unknown, Fox 11 reported.

Paramedics arrived and pronounced Aintablian dead at the scene.

According to Fox 11, Aintablian’s boyfriend and his parents arrived at the scene shortly after to find pieces of her car strewn across the highway. They informed the CHP that they were concerned when they didn’t hear from her after making the 20-minute drive home to look for her.

Aintablian was reportedly a high school senior and on spring break from studying microbiology at UCLA. She planned to attend medical school, Pasadena Now reported.