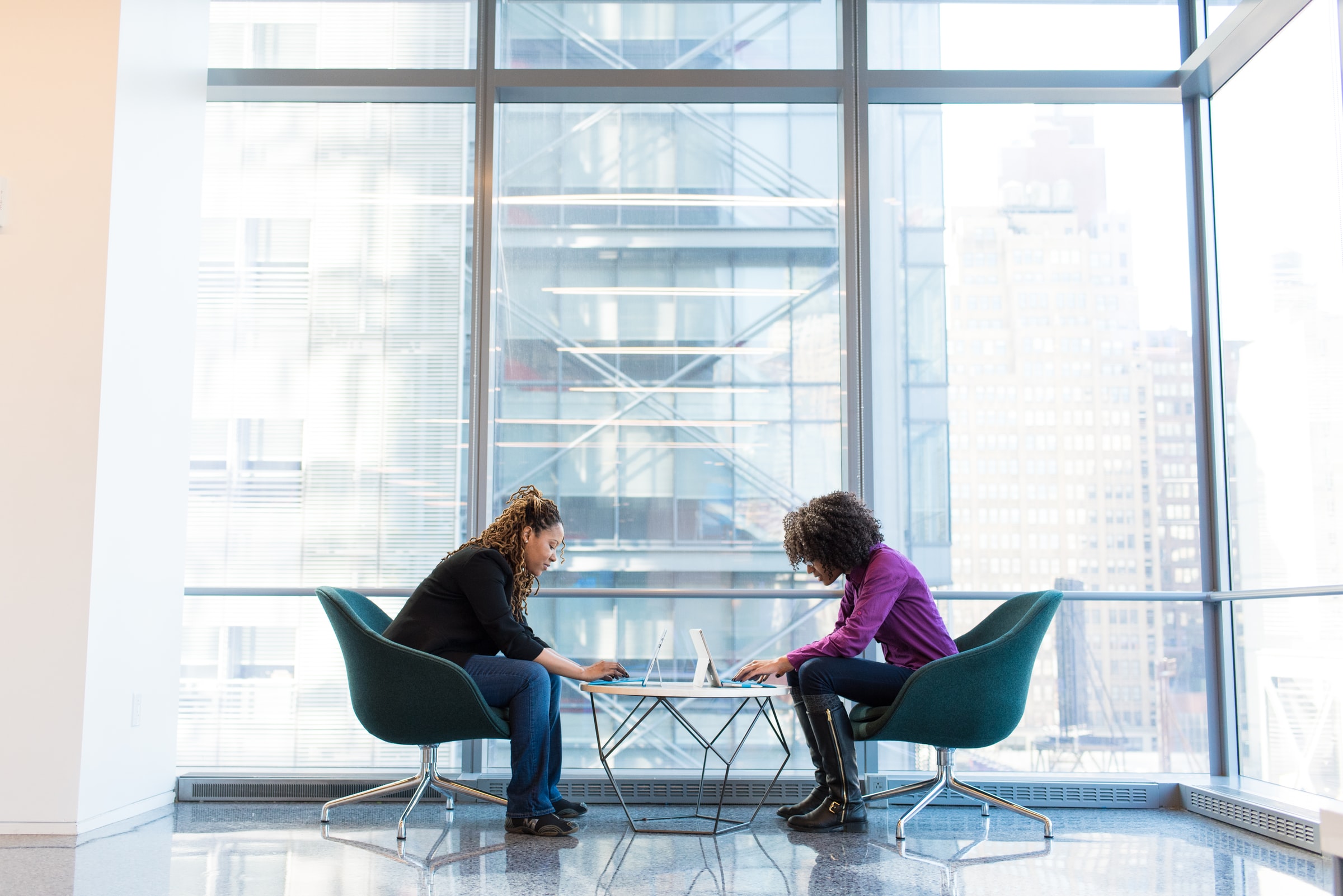 Starting a business is a dream for most people. Actually, according to a study by Vistaprint, 62% of Americans want to start their own business and become their own bosses.

There are several reasons that keep people from going after their dream of starting a business, such as lack of capital, not knowing how to create a business plan, or fear of failure.

One of the most common reasons, however, is lack of a good business idea. For a lot of people, coming up with an innovative business idea is a huge challenge.

Innovative business ideas are ideas that allow you to start business with an edge over the competition. These are ideas that challenge the status quo and bring about a new way of doing things.

Question is, how do you come up with such ideas?

While it might seem hard, the truth is that just about anyone can come up with an innovative business idea.

Below, let’s check out some effective strategies that you can use to generate innovative business ideas.

Find A Way To Improve Existing Products Or Services

Most people think that to come up with an innovative business idea, you need to think up something that has never been done before.

Here’s the thing, however – there’s nothing new under the sun. If you wait till you come up with something that’s completely new, you’ll never start a business.

The easiest way to come up with innovative ideas is to look at existing products and services, and then find a way to make them better.

When the iPhone was introduced, it was termed as the most innovative product of the time. However, Apple was not the first company to make a smartphone. Companies like Nokia and BlackBerry were already making mobile phones that could access the internet, take photos, and so on.

What Apple did was take an existing product and improve it so much that consumers felt like it was a completely new product.

Similarly, before the introduction of the iPod, MP3 players existed in the market. However, Apple took the idea of existing MP3 players and improved on it to come up with what seemed like an entirely new product.

Apple is synonymous with innovation, yet most of its best performing products were not new products, but improvements on already existing products.

Even companies like Google and Facebook were not the first ones in their industries. They just made improvements to the existing products and dominated their respective markets.

Just like these billion dollar companies, you don’t have to come up with a completely new business idea. Instead, just take an existing product or service, find a way to make it better – for instance, by changing the design or improving the customer experience – and you have a winning business idea on your hands.

Provide A Service Around An Emerging Trend

During the California Gold Rush of the late 1840s and early 1850s, over 300,000 people travelled to California, hoping to find gold and make a fortune.

By the end of the Gold Rush, however, only a handful of them had made millions. Two of the most notable millionaires from the California Gold Rush are Samuel Brannan and Levi Strauss.

These two gentlemen realized that panning for gold was a huge gamble. Sure, if someone found gold, they would become an instant millionaire. However, the work was tough, and the chances of striking gold were very slim.

On the other hand, they realized that all these people would need picks and shovels (in Brannan’s case), or tough pants that could handle the rigors of gold mining (in the case of Strauss). Theirs was a sure business model, rather than a gamble.

The California Gold Rush might have ended hundreds of years ago, but there’s another gold rush happening today.

Having seen the success of companies like Facebook, Instagram, Snapchat, and WhatsApp, a lot of people are trying to build the next internet startup that will make them an instant billionaire.

From there, build a business that supplies these tools and resources. You could even start a consulting business to help those who’re chasing the gold.

For instance, everyone and their grandmother is trying to build an ecommerce website today. Instead of following the same route, you can become an SEO expert and help these people to get their online stores in front of their audience.

Not everyone trying to build an ecommerce website will succeed, but all of them will need ecommerce SEO services.

Basically, whenever you see a new trend in business, don’t join the trend. Instead, try to identify how you can support and profit from those chasing the trend.

Apply An Existing Idea To A New Location

This is another great way of coming up with an innovative business idea. Simply find a business idea that exists in another location, apply it to your location and adapt it to suit local conditions.

Perhaps the most popular example of an entrepreneur who used this approach to come up with their business idea is Starbucks’ first CEO, Howard Schultz.

After a visit to Milan, Italy, Schultz was delighted by the Italian sidewalk coffee shops, and he decided to replicate the idea in the United States.

At the time, he was the marketing head for Starbucks. He pitched the idea to Starbucks owners, but they were not enthusiastic about it. Schultz left Starbucks and started his own coffee chain to implement the idea.

His coffee chain became a huge success, and he eventually bought Starbucks, though he retained the Starbucks brand name. He replicated his idea and turned Starbucks into the largest coffee chain in the world.

Another such example comes from the founders of Alando. After seeing the success of eBay in the US, three brothers started a similar auction site in Germany and named it Alando. The site became a huge success, and within a short time, eBay purchased the site from them for $43 million.

Just like Schultz and the Alando brothers, you can come up with an innovative business idea by taking an existing idea and applying it to a different location.

Apply An Existing Idea To A Different Industry

This approach is closely related to the previous one. However, instead of replicating an idea in a new location, it involves finding a successful idea and then replicating it in a completely different industry.

Just like Uber, the idea behind Postmates is simple. After a user makes a purchase that needs delivery, Postmates uses their app to connect the user to someone who is willing to deliver the item from the store to the buyer for a fee.

In essence, Bastian came up with an innovative idea by bringing the convenience of Uber to the delivery industry. Today, the company is worth over $1.85 billion.

In the same way that Bastian Lehmann took the idea of Uber and pivoted to the delivery industry, you can also come up with an innovative business idea by pivoting an existing and successful idea to a new industry.

Scratch Your Own Itch

Therefore, to come up with an innovative business idea, you need to find a problem to solve. The easiest way to do this is to identify problems that you’ve experienced yourself. This is how the ideas for some of the most successful companies came about.

For instance, Uber co-founders Garrett Camp and Travis Kalanick came up with the idea for Uber after having trouble hailing a cab on a snowy night in Paris, where they were attending a tech conference.

Similarly, GoPro founder Nick Woodman was on a surfing trip to Australia when he realized he couldn’t find a good camera to capture his surfing from his point of view. He set out to build an easily portable camera that would allow people to capture high action in HD from their point of view, and that’s how GoPro was born.

Like these entrepreneurs, you can come up with a business idea by identifying and defining a problem that you’ve experienced, and then building a business that provides an innovative solution to this problem.

Ready To Come Up With Innovative Business Ideas Fast?

If you want to start a business, the good thing is that there’s no shortage of great business ideas. You just need to learn how to identify these ideas.

In this article, we have shared with you 5 effective ways of coming up with more innovative business ideas. Here’s a recap of what you need to do to come up with great business ideas:

Once you find a suitable business idea, remember not to jump on it right away. Always conduct market research to ensure that there’s actually demand for your idea. 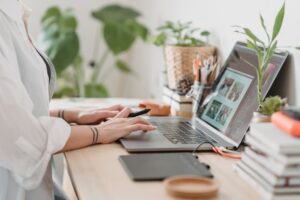 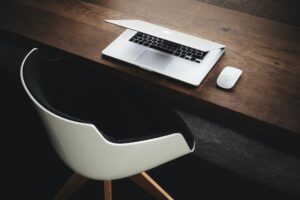 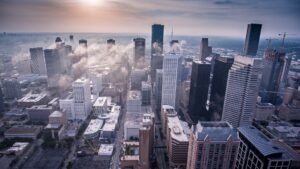 Why Are Smart Buildings Important?