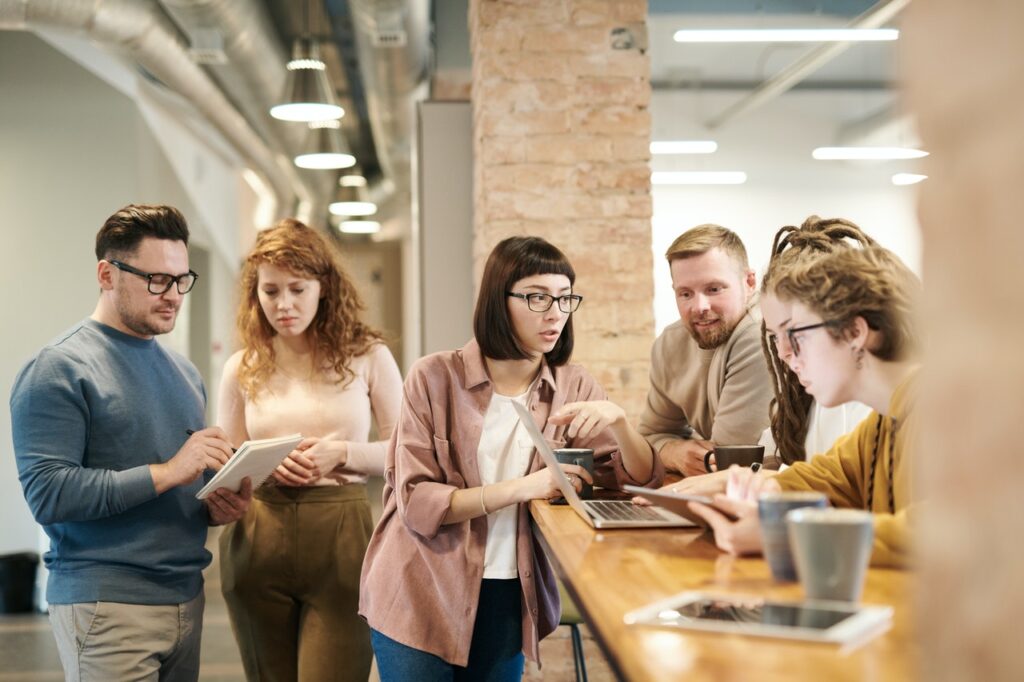 In recent years, the field of web development has become a spotlight. With websites gaining popularity, businesses have understood that in order to acquire more leads, they must have a strong online presence.

As a result, they look for exceptional individuals who can design and develop the best-looking and best-performing online apps for them using cutting-edge technologies.

Since It is a lucrative field, there’s likely to be significant revenue in it. In fact, It is true. As a result, it’s inevitable that the younger generation is attracted to web development as a job. However, wishing to pursue a career path and really doing it are two completely different things.

In this blog post, I will elaborate on how to become a backend developer. I will also show you every step of the procedure you’ll need to take. So, Let’s get started!

First of all, we need to know about the backend developer and what he does. So, let’s start with our first point!

Who is Backend Developer and What He Does?

As you may know, in a normal client-server design, we store application data on the server and serve as output to the client. The server-side operation of a web application is referred to as the backend. That is where all the inner workings of web applications take place, and backend engineers usually work on the backend of the website.

Backend developers are in charge of writing code in programming languages that allow web applications to run properly. The code written by these developers is executed on the webserver. In addition to producing back-end code, such developers are to create APIs that are used by the mobile versions of such online apps. Now, let’s jump to our major topic!

How To Become a Backend Developer?

Learning back-end development allows you to become associated with a variety of programming languages, which can really benefit your career. It might be highly helpful if you have a small grasp of how logic works.

If not, you can always enroll in a basic computer language school to learn the fundamentals. This is merely to ensure that you don’t fall behind at any point along the way to learning back-end development. Here are some tips to become a backend developer.

Most web developers skip this phase and instead focus on learning frameworks. However, it is always preferable to understand the fundamentals of data structure and method.

You must have a basic understanding of the process, even if it is not in-depth. Basic Data Structures and Algorithms Stack, Queue, Linked List, Tree, Graph, Hashing, Sorting & Searching Algorithms, and other key programming topics should be studied.

Choose a Programming Language and Framework

It takes time, effort, and patience to become a web developer. Nobody can expect to learn new coding languages overnight. So, set a timetable and decide on the important core programming languages that you want to master. In recent years, learning languages such as Python, PHP, Ruby, and JavaScript have become popular.

It is possible to learn multiple programming languages at the same time. Remember that the more the merrier. Also, please keep in mind that minimal programming knowledge is required. Start with languages like C, Java, or Python if you’re not already familiar with them, and try to grasp how application logic works, best coding techniques, and so on.

The next natural step would be to incorporate a database system into your portfolio. There are numerous easy-to-use Relational Database Management Systems (RDBMS) from which to choose. Almost every website nowadays has some type of storage, thus learning about databases is always good.

Depending on the programming language you use, you can learn the fundamentals of at least one framework. Most frameworks, whether Django or Ruby-on-Rails, adhere to the MVC (Model-View-Controller) paradigm.

Although it is permissible to write the full application code in a programming language, it requires more effort, time, and comprehensive coding. On the other hand, using frameworks allows you to construct templates and reusable code. This reduces the number of lines of code you write. As a result, you become more efficient. That is why understanding a framework is a smart idea as well.

You won’t comprehend how things really function unless you put them into practice. To better grasp the ethical knowledge, you have gained you must apply the tools on a daily basis and practice.

Working on tiny projects or assignments is the best method to accomplish this. You can begin by creating projects such as a simple To-do list, a simple blog, a photo gallery web app, a CV builder, a simple project management tool, and many others.

In all fields, originality and innovation are valued. Probably the most in the tech field because they have the ability to change the game entirely. If you already have a business or project idea, you’re on the right track. If not, there is still time to think about it and work on it.

It’s a good idea to begin by creating a startup clone. You would clone some existing products on the market. You may also be interested in the following sites/apps that will be useful.

Becoming a backend developer may also increase your compensation in the majority of large-scale enterprises. Work on creating a decent CV while keeping all of these factors in mind. As an ultimate point, we’d like to emphasize that, in addition to learning the necessary abilities, you must be devoted, patient, and hardworking to be successful as a backend developer.